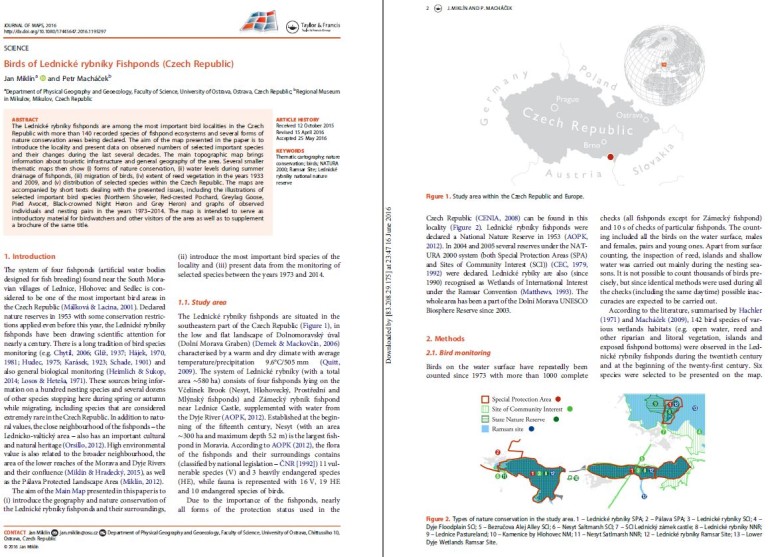 Abstract: The Lednické rybníky fishponds are among the most important bird localities in the Czech Republic with more than 140 recorded species of fishpond ecosystems and several forms of nature conservation areas being declared. The aim of the map presented in the paper is to introduce the locality and present data on observed numbers of selected important species and their changes during the last several decades. The main topographic map brings information about touristic infrastructure and general geography of the area. Several smaller thematic maps then show (i) forms of nature conservation, (ii) water levels during summer drainage of fishponds, (iii) migration of birds, (iv) extent of reed vegetation in the years 1933 and 2009, and (v) distribution of selected species within the Czech Republic. The maps are accompanied by short texts dealing with the presented issues, including the illustrations of selected important bird species (Northern Shoveler, Red-crested Pochard, Greylag Goose, Pied Avocet, Black-crowned Night Heron and Grey Heron) and graphs of observed individuals and nesting pairs in the years 1973–2014. The map is intended to serve as introductory material for birdwatchers and other visitors of the area as well as to supplement a brochure of the same title.